1985 Porsche 911 Turbo Look Convertible that executed by Kremer on the order of the Porsche Factory is a collector's dream car.

As the Porsche factory did not have the capacity to fill the demand for the widebody Turbo Look, they gave the order to Kremer, a German Porsche Tuner. Kremer Racing was one of the most successful racing teams that developed the Porsche 935 K1 and later the K2 for endurance racing.

As said, this car was taken to Kremer for the widebody conversion and after the conversion brought back to Porsches “Sunderwunsch” division where the car had additional work done.

The car was delivered as an extremely rare M70 (diplomatic delivery) in Germany after which the owner took it to the USA where he was stationed. In this entire period the diplomatic owner only drove the car about 6.000 kilometres.
When he returned to Germany with his car, he sold the car to the current second owner.

The second owner that pampered the car to the extreme drove another 40.000 kilometres with the car.
He has decided to sell the car as he lacks the time to enjoy the car to its full potential.

The car has had a complete engine rebuilt at Porsche Centre Antwerp just a few months ago. The car has an extensive service history and needs no further work.

This 911 currently has a classic car registration in Belgium. 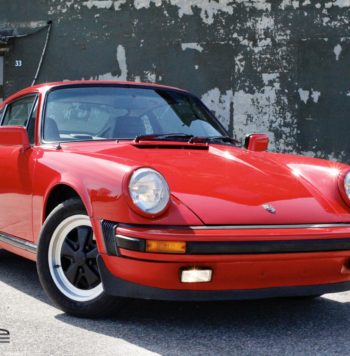